Thermoforming is a transformation process which allows transforming of a plain plastic foil into a three-dimensional shape by means of heat, vacuum and air pressure.

In short, the thermoforming process involves forcing heated plastic sheet against a mould to produce the desired shape. The forming cycle begins by sealing the clamped preheated sheet to the mould. Then, while the sheet is still within the proper forming temperature range, vacuum or air pressure is applied to form the sheet onto or into the mold. Once formed vacuum action is reverted and air is blown to separate the sheet from the mould.

Vacuum is applied through venting holes drilled into the mould and connected to a vacuum pump. 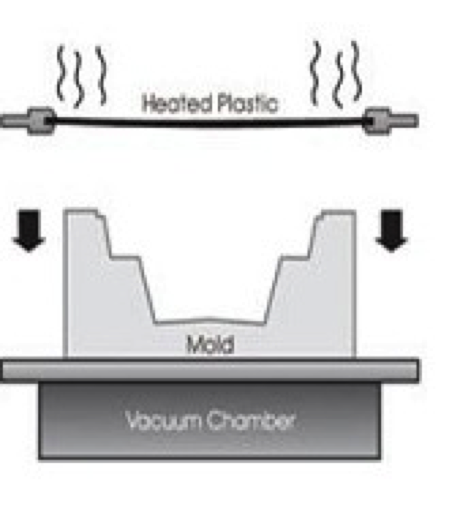 In addition, a water cooling system is provided which allows the forming mould to get cold. As the sheet cools, it retains the detail of the mould which formed it.

The pressure exerted by ordinary vacuum forming is limited to atmospheric pressure which, for some applications may not result in enough definition. In such cases, vacuum and pressure forming may be used. This technique involves a machine with a sealed pressure chamber over the top of the forming into which compressed air is pumped during forming thus increasing the pressure drawing the material dawn onto the mould.

Compared to vacuum forming, the production cycle is faster with pressure forming because the sheet can be formed at lower temperatures with higher part definition.

Because higher pressure forces the sheet into the mold, finished part exhibits much more mold surface detail, as lettering or surface texture. 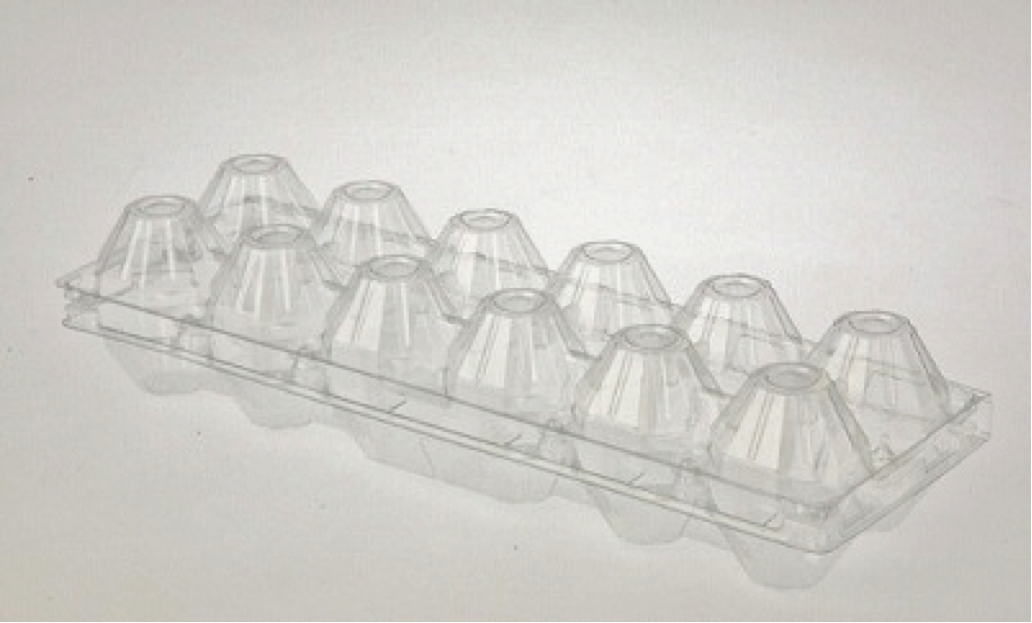 Automatic roll-fed thermofoming machines able to form with vacuum and air pressure (up to 6 bars). Maximum forming area is 600x700 mm. They focus on large outputs of any kind of formed parts.

Automatic roll-fed thermoforming machine,able to form with vacuum and air pressure. Maximum forming are up to 500x350 mm. This machine is suitable for large outputs of small formed parts.